Mike and Andrea are owner operators of Hoben Workplace Wellbeing 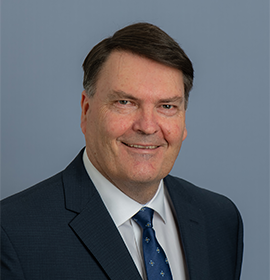 I suppose my wellbeing journey started relatively early when I had aspirations to become a tennis professional. However, whilst playing at State rep. level it quickly became clear that knee problems would put an end to that dream. When something so important is taken away from you it creates a massive void and to this day I’m not sure that void has ever been filled.

For the next three years I pursued full time university study where a lack of exercise coupled with terrible nutrition saw my weight increase substantially. I found that this had a detrimental effect on my life including a lack of confidence, clear thinking and a general malaise. It was then that I met a person called Stan Nicholls (an early pioneer in Australian weightlifting) who showed me what real fitness was all about and how it could improve the quality of my life. Unfortunately this didn’t last long as my work in the corporate world coincided with a general decline in all facets of my health and wellbeing.
At the conclusion of a particularly busy week I was not feeling well and upon visiting the doctor was diagnosed with shingles which can turn into a debilitating condition if left unchecked. Luckily it was diagnosed early and a full recovery ensued. However, during my time off work, I was able to reflect on what I had accomplished and what I wanted to achieve in the future and the path became clear to me when, over the next six months, I lost three close work colleagues to cancer, heart disease and stroke respectively.

It was at this time that I transitioned into academia as a lecturer and became a personal trainer and gym instructor and these two things have enabled me to help people improve both academically and physically.
Unfortunately over the last ten years, I have witnessed a substantial decline in employee wellbeing across all industries, however this is particularly evident in the MBA cohorts that I have taught. This decline has manifested in mental health issues, insufficient exercise, poor nutrition and poor self-care.

It is for this reason and to address elements in my personal story that I decided to team up with Dr. Andrea Howell to develop a range of wellbeing programs. Our primary objective is to provide participants with awareness of the four key pillars of wellbeing including; mental, physical, nutritional and conscious wellbeing through research-based education, along with effective tools and strategies to improve their wellbeing profile. The program will also include an array of exciting, challenging and fun activities across the wellbeing spectrum.

We hope to see you there. 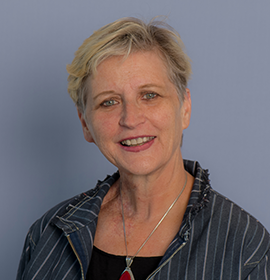 I was the only daughter of German parents who migrated to Australia. I didn’t want to be German but I got labelled as a ‘kraut” at primary school and learned about bullying, harassment and prejudice. My parents had come to Australia with no other family, so my parents, two brothers and I were the only family we had. We lived most of my early life on rural farms which were quite isolated. When I was 17, I won a 12 months Rotary scholarship to Canada, where I realised how small my world actually was and that it would never be that narrowly defined again.

Having the benefit of a lengthy absence from home it became clear on my return that my mother was an alcoholic who desperately needed an intervention to deal with the aftermath of the war she had experienced in Germany, living with her Jewish heritage. My father had also been a victim, having lost home and family and almost his own life in front of a firing squad, but he dealt with his memories quite differently. Alcoholism and co-dependency was a feature of their entire married lives and this impacted all of us in very different ways.

That began my journey of self-help, self-improvement, self-love, self-belief. I studied self-leadership with the Brahmi Kumaris, read books about enlightenment, spent endless hours in the Theosophical Society in Melbourne, kept copious diaries, and learned about trauma and how to move past that. I got married, had two sons, worked in good jobs in the newspaper/printing industry as a journalist and then Quality Manager, and eventually decided to get a degree – the first in my family to do so. I excelled, and the degree led to a job offer as an academic, which then led to a PhD in organisational psychology. It was a huge achievement, and the proudest moment for my father when I graduated the year before he died. His death hit me hard, and when my mother died three years later in 2008 I felt orphaned – my brothers were interstate and overseas, and the family unit that had been the hallmark of my entire life was gone. I felt lost.

My way of dealing with this was to study shamanic healing, become a home hospice mentor, and travel to the USA to learn about the Anamcara Project (living and dying well). In 2011 while preparing to finalise my training with the shamans in Peru, I was diagnosed with cancer and elected to cancel my trip. I had to tell my sons I might die (one of the hardest conversations I have ever had) and underwent radical surgery and radiation. I survived and my life changed. I ate differently, exercised more, ran two 5km fun runs, had many more authentic dialogues with people, and aimed for more balance in my life.

This realisation came fairly late in my life, but even without the benefit of a huge “wake-up” call, I felt I could pass on my life lessons to others. I developed a university course titled “Organisational Wellness”, which addressed mental, physical, and conscious wellbeing aspects from both the organisation’s and the employee’s viewpoint, and this was very well received by my students. I was able to successfully combine my work experience, research focus, personal life experience, and passion for teaching. In Mike Bengough, I found a kindred spirit who also believed in the value of reflection, inspiration and action, so if you’ve read this far, then be curious; come along to one of our workshops and have an authentic conversation about how you can be the best version of yourself.